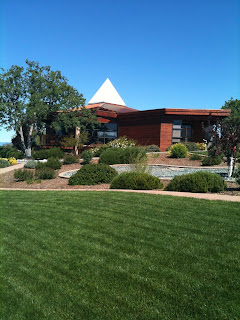 Last Friday I was sitting in the garden outside the prayer chapel at Bethel. The garden has a fountain and a statue of a lion and it overlooks the west side of Redding. You can see the mountains on the horizon. Right now, it’s hazy because of the forest fires but normally the snow-capped mount Shasta is breathtaking.

I was reading about Elisha. Actually, I was reading about his friend the Shunammite woman. These two had an interesting friendship. She decorated a room in her home for him, which means she must have felt very drawn to him, enough to want him around as much as possible. After that, he prophesied that she would give birth, and she did. When her son died, Elisha resurrected him from the dead. That makes for a close bond.

Anyway, Syria besieged and plundered Israel, so that the famine in Israel was horrific. Before this, Elisha warned the Shunammite that famine was coming and suggested that she gather her family and go on a trip to a prosperous countryside. She took his advice and sojourned in the land of the Philistines.

After seven long years, Elisha prophesied that God would turn things around in a day. And God did. Within 24 hours, the Israelites were virtually swimming in provisions. Not only that, but when the Shunammite came back, the king recognized her as Elisha’s friend and completely restored everything she owned before she left.

I liked this story because of the details about Elisha’s friend but also because of this line that an army official asked, “If the Lord himself could make windows in heaven, could such a thing happen?”

That’s how I felt about our house hunt. Five applications, five rejections. Dozens of phone calls, ads and showings. Could even God find us a house to rent? We had no prospects. Nothing. Since the long weekend was ahead of us, we were resigning ourselves to another four days to a week crammed in one hotel room. Another $800 down the drain.

But what I wrote in my journal that morning to summarize the story of 2 Kings 7 and 8 was this: God turned the tide of favor and provision in an instant.

And that’s exactly what He did for us a few hours later. That evening, Andrew got a phone call from one landlord who had previously said they wouldn’t allow dogs and anyway, we were fifth in line for the house. Within 24 hours of that phone call, we were in our new house. And it’s furnished. And it’s a good location. And it’s across from a nature reserve with walking trails.

I feel like the Shunammite woman, bathed in the favor of God because of my friendship with the Man of God. At times during those seven years she must have felt like the sojourn would never end.

But it did. And everything she lost was given back.

If you’re in a time of famine or on a sojourn that feels endless, remember the Shunammite. God can change everything in a heartbeat. Sometimes, windows in heaven open up.